This is going to be brief. But at least you do get a post, so don’t complain.

Time for Team Unified Old School again. This time full-on Swedish rules (but with lax reprint policies), unlike the modified Atlantic at Mobstercon: I was playing the World Cup in London this past weekend. 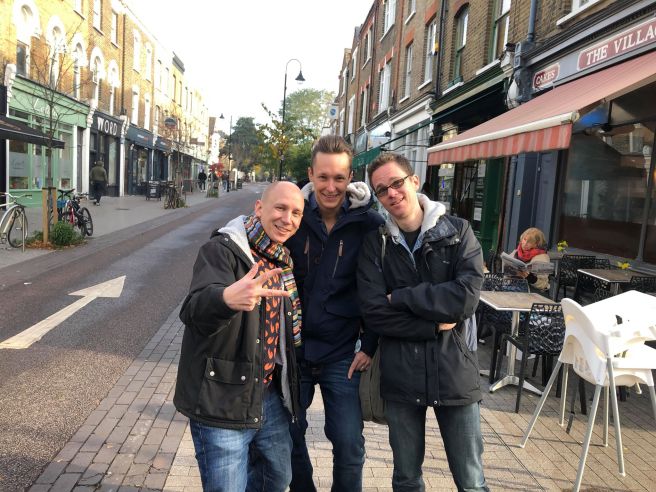 My team had three sharks, but as I have none, it shows how I’m clearly the worst player on the team. To somewhat rectify this, forcing me to prove my worth and not just blame my skills and my deck, I once again got all the power. This time literally. Except for Strip Mine, Library and Mind Twist, this is a fully functional 93/94 deck in its own right: 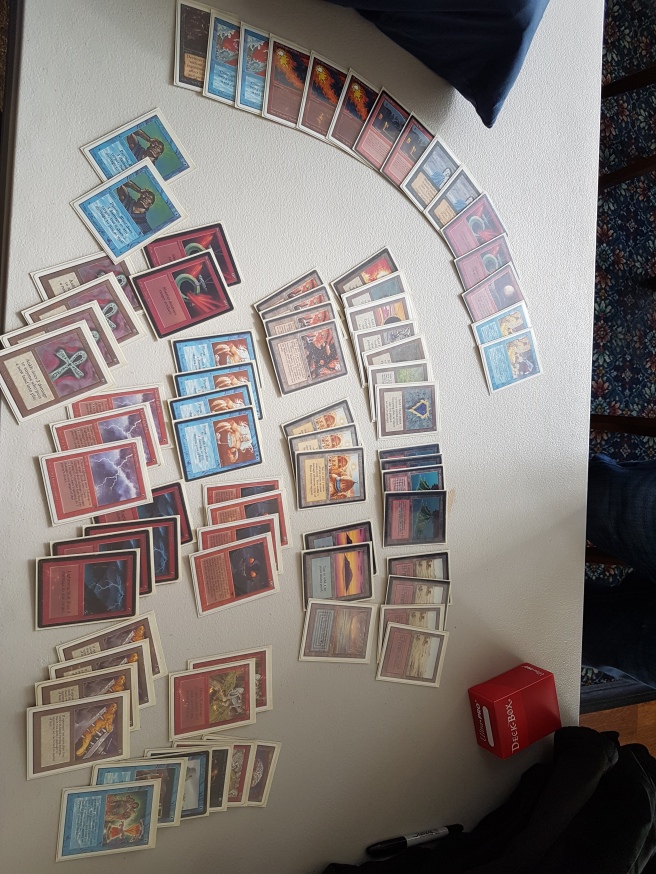 My team mates were Olle Råde — Hall of Famer, Pro Tour winner, Shark-holder, caster of small aggressive creatures since before some of you kids were born, bearer of the Shrimp Shirt, coming in second in almost as many tournaments as I — and Martin Lindström — two-time Shark holder, the best The Deck player in the world and sporting the best hair in Old School. Martin played almost exactly Jon Finkel’s deck from Mobstercon:

while Olle played a horribly misbuilt mono-green aggro deck, splashing Mind Twist and some sideboarded Glooms off of 4 Bayou and 4 Elves of Deep Shadow, which was all right, but the sideboard being about 8-10 cards off optimal.

This is where the event was held.

Unfortunately, we never got to hang around in this part of the building:

The matches were never very interesting. Martin lost to every creature deck and crushed every control deck he faced, going 3-3. Olle also went 3-3, losing to cards like Sengir Vampire and Drain Life. Meanwhile, I was close to losing one match. It was game 1, my board was two factories and two other lands and a freshly cast lotus with one card in hand. My opponent had one or two cards, a Serendib, a Factory and two Savannah Lions alongside a bunch of lands. I was at 11, he was at I believe 9, so I’m just losing to the Serendib at this point, needing to draw something really juicy. Then suddenly he attacked with everything. I animated my factories, expecting a Disenchant, but none came. Then I Shattered his factories, ate his Lions, attacked him down to 4 and then waited for him to die to his own Serendib a couple of turns later. And here I actually did lose game 2 to a bunch of Serra Angels (should have had the 3rd Psionic Blast somewhere in my maindeck). I take it, I guess. Must have been some kind of bluff attack? Besides that, I lost one game to Karl Hagan’s fully powered Underworld Dreams combo deck, and one against an almost mono-blue robots deck where I double mulliganed and got murdered by a bunch of 4/4s, but ended up 6-0. Dibatog is a good deck.

Due to some unfortunate placement of our losses, we ended up 4-2, losing our win and in against these people, defending champions Team South Africa:

Sadly, this meant we came in 5th place since one other match the last round ended up a non-intentional draw. We could have safely drawn into the top 4 were such things allowed, but alas.

The event was taken down by South Africa, defending their trophy from last year, which is an insane feat. Especially considering their decks are so bad. ;) Huge congrats to you guys! It also proves Jordan Boyle really is a master.

As usual, hanging out with great people is at least half the fun. In this case, my eminent teammates Martin and Olle (maybe especially the discussions over the hipster breakfasts), our insanely gracious host Markus Lundquist, all the chats and mediocre beers with old friends from all over the world at the event. An insane ante event that is
better chronicled elsewhere. All the Brothers of Fire who organized a madly sweet event. Go there next year. You won’t be disappointed.

(Finally, an extra thanks to Olle and Martin for providing most of the photos.)

2 thoughts on “Not so unchained”